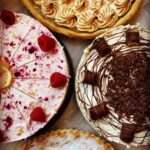 With the final countdown on to Christmas, Manor West Shopping Centre and Retail Park is planning for a busy shopping period as customers add the finishing touches to their Christmas preparations. Throughout the year, Centre Manager Derek Rusk and his team have been working tirelessly to ensure a safe working environment for both customers and those employed in the shopping centre and retail park, especially in the lead up to Christmas 2021.

Fortunately, 2021 has been a milestone year for Manor West as it saw the addition of some major retailers to the Retail Park. New store openings included the UK’s fastest growing retailer The Range, the giant Danish retailer, JYSK, pet products retailer Maxi Zoo and exciting new additions to the onsite restaurant facilities with Jam Café & Bakery being the first of many to open as part of Manor West’s new food court.

The premier retail destination in the South West of Ireland also marked its 20th anniversary on the 23rd of October. Although the celebrations were very different from the centre’s 10th birthday, it is still a huge occasion and another cause for reflection. For the past 20 years, Manor West Retail Park has played a huge role in the community, by providing a major retail destination, employment to over 700 people as well as providing entrepreneurs with a fantastic platform to showcase their wonderful products through its Food and Craft Fairs.

Commenting on the success of the past year Centre Manager Derek Rusk, who has been at the helm of the organisation since it first opened its doors in 2001 said “We are very grateful for the continued support of our loyal customers, not only throughout the past 20 years but in particular, over the last nearly two years. The success of Manor West would be nothing without our customers and it’s an exciting time for us here as we look forward to the future with new tenants and 100 new jobs for Tralee, as well as new and exciting shopping and dining experiences for visitors.”

In the lead up to Christmas, Manor West Retail Park will operate extended opening hours to help with the controlled flow of customers through the Shopping Centre and Retail Park, while also allowing customers more time to get those last-minute purchases.

For Christmas week, all traders will open from 9am to 8pm on Monday 20th and Tuesday 21st December.  Traders will extend their hours from 9am to 9pm from Wednesday 22nd to Thursday 23rd, with stores closing at 5pm on Christmas Eve. Opening hours will vary per individual store on St. Stephen’s Day and customers are advised to check out manorwest.ie

for individual opening hours. From December 27th to 28th all stores will open at 9:00am with stores opening from the 28th at 9:30 until New Year’s Day. Normal trading hours will resume on Sunday the 2nd of January. Manor West Retail Park has over 40 stores to choose from as well as their MultiCentre Gift Card available in amounts from €10 up to €1,250 and can be purchased in store at the customer service desk.

As well as COVID-19 safety measures in place, Manor West has additional parking attendees directing traffic, to ensure a safe and hassle free shopping experience for everyone.